Within her first nine months, Zirinsky oversaw an overhaul of the news division, including launching the CBS EVENING NEWS WITH NORAH O’DONNELL and moving the broadcast to Washington, D.C., where it is the only broadcast network nightly newscast to be based in the nation’s capital. She has re-imagined the CBS THIS MORNING anchor team with co-hosts Gayle King, Anthony Mason and Tony Dokoupil and has further integrated the linear and digital newsrooms to continue to grow CBS News’ multi-platform presence. She also named new executive leadership and several new executive producers of several flagship programs including 60 MINUTES, CBS THIS MORNING, CBS EVENING NEWS, 48 HOURS, and a newly created CBS NEWS SPECIAL EVENTS unit.

Zirinsky, an acclaimed journalist and highly respected senior executive producer at CBS News, began her career in the CBS News Washington bureau two weeks after the Watergate break-in. Over the next four decades she produced a wide variety of award-winning documentaries and programs, and she covered a range of historic stories, from the Gulf War to the student uprising in Tiananmen Square, from the White House for 10 years to the 9/11 attacks, and from the Paris terrorist attacks to the mass shooting at a Parkland, Fla. School.

A prolific producer on a variety of issues and subjects, her work has been lauded by critics and honored by her peers with journalism’s top honors, including Emmys, the Alfred I. duPont-Columbia University Award and the George Foster Peabody Award.

Zirinsky brings to the position extensive experience leading teams of investigative journalists, building and developing new non-fiction programs; creating innovative ways to report news; and mentoring and guiding the careers of some of the industry’s brightest journalists.

She has executive produced many highly praised and compelling news documentaries, including “The Spymasters – CIA in the Crosshairs” for SHOWTIME in 2015, co-produced with filmmakers Gideon and Jules Naudet and Chris Whipple, featuring, for the first time, interviews with all 12 living former and current heads of the CIA, appearing in one program. In 2004, also for SHOWTIME, she executive produced “Three Days in September,” which told the story of a school taken hostage in Beslan, Russia. Narrated by Julia Roberts, that documentary was also featured in the Tribeca Film Festival. In addition, in 2002, she co-executive produced with the Naudets and firefighter James Hanlon “9/11,” the most comprehensive account of the tragedy. Hosted by Robert De Niro, more than 39 million people watched this Peabody and Emmy Award-winning documentary.

Additionally, Zirinsky is a successful producer of CBS breaking news specials. Those projects include the March 2018 documentary “39 Days,” which followed the group of students who banded together after the Parkland, Fla mass shooting, co-executive produced by Judy Tygard. She has also produced breaking news specials on the royal wedding in 2018; the inauguration of President Donald Trump in 2017; the Dallas police shootings in 2016; the terrorist attacks in Paris in 2015; the Boston Marathon bombings in 2013; the mass shooting in an Aurora, Co. theater in 2012; and the Sandy Hook Elementary school shooting also in 2012. She’s produced specials following the deaths of Mary Tyler Moore in 2017, Muhammad Ali in 2016 and Nelson Mandela in 2013. In 2009 Zirinsky executive produced “Ted Kennedy: The Last Brother” and “That’s the Way It Was: Remembering Walter Cronkite.”

She also produced the documentary series “The Injustice Files” for ID Discovery and the CBS News documentaries “The Lord’s Bootcamp,” “In God’s Name” and “Flashpoint.” She executive produced “David Letterman: A Life on Television” in 2015; “Vanity Fair’s Hollywood” in 2013; “The Grammys Will Go On: A Death in the Family,” a 2013 documentary about the GRAMMYs and the night Whitney Houston died; and “Fashion’s Night Out” with Vogue editor Anna Wintour in 2010.

Zirinsky got her start at CBS News at a critical time in the nation’s history. Beginning as a part-time desk assistant in the CBS Washington Bureau in 1972 while attending college at American University, she was surrounded by the legendary CBS News reporting team led by Walter Cronkite that dominated Watergate coverage on television. In October 1973, she was alone in the Washington newsroom one night when word broke that President Richard Nixon had fired his attorney general, the so-called “Saturday Night Massacre.” She found herself at the center of a huge story.

Continually growing within the division, Zirinsky became an associate producer for “The CBS Morning News” and then a producer on “The CBS Evening News with Walter Cronkite.” In that role, she became a White House producer and spent a decade covering the Jimmy Carter and Ronald Reagan presidencies. She traveled with them throughout the world where she produced reports with Lesley Stahl, Ed Bradley, Bob Schieffer and Bill Plante for various broadcasts. She was promoted in 1987 to senior producer for the “CBS Evening News with Dan Rather” in Washington.

In 1989 Zirinsky was assigned to Beijing, China to run CBS News coverage of what was to be the first visit of a Russian President to China in 30 years. What it became was the student uprising in Tiananmen Square. CBS News broadcast the demonstrations and violence live from Beijing exclusively for several days until the Chinese government ordered the satellite transmitter shutdown. She was then sent to Panama as producer-in-charge as the U.S. invasion of that country occurred. A few months later she was dispatched to cover Operation Desert Storm, which was launched by the U.S. military and its allies following Iraq’s invasion of Kuwait. Ever the fierce competitor, she maneuvered the first network team to arrive with the allied forces when they took Kuwait back from Iraqi soldiers.

In 1990 she moved from Washington to New York as senior producer of the “CBS Evening News with Dan Rather” and became the senior broadcast producer. In 1992 she was director of CBS News political coverage, and then executive producer of CBS News “Campaign ‘96.” During that period, she was also CBS News’ senior producer at the 1992 Olympic Winter Games in Albertville, France, where she oversaw the CBS News and Sports news desk for the Network. She served as executive producer of the CBS News magazine “Eye to Eye with Connie Chung” in 1994. 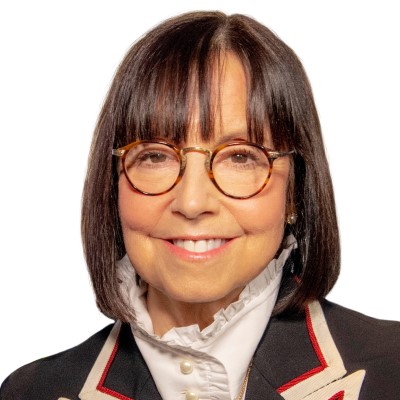