Full Name
Lydia Polgreen
Job Title
Managing Director, Gimlet
Company
Spotify
Speaker Bio
Lydia Polgreen is an award winning journalist and media executive who currently serves as Managing Director at Gimlet, a podcast studio at Spotify. Prior to that, Polgreen served as editor in chief of HuffPost, leading a team of more than 600 journalists publishing 16 editions in nine languages. She joined HuffPost in January 2017 after a 15 year career at the New York Times that included roles as Associate Masthead Editor, Deputy International Editor, South Africa bureau chief, a correspondent for the New Delhi bureau and chief of the West Africa bureau. Before joining The Times, Ms. Polgreen was a staff writer for the Orlando Sentinel and the Albany Times Union.

She received her B.A. in liberal arts from St. John’s College in 1997. In 2000 she graduated, with honors, from the Columbia University Graduate School of Journalism with her M.S. in journalism.

Ms. Polgreen was a 2006 recipient of the George Polk Award for foreign reporting, in recognition of her travels deep into the war-torn western regions of Sudan to report on the carnage in Darfur. She received the 2008 Livingston Award for international reporting, for her series, “The Spoils”, a riveting account of how mineral wealth has brought misery and exploitation to much of Africa. In 2007, she was named a Young Global Leader by the World Economic Forum. In 2011, she was awarded the Columbia University Medal for Excellence.

Ms. Polgreen grew up in Kenya, Ghana and Minnesota. She currently resides in New York with her wife, documentary photographer Candace Feit.
Speaking At
The state of audio-based content businesses 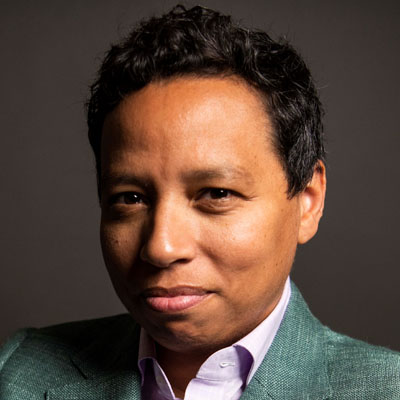