Bleacher Report is the #1 sports brand driving engagement and video views across all social platforms and the Bleacher Report app, while fueling offline engagement through unparalleled experiences that blend sports with culture. The company’s portfolio of brands includes House of Highlights, B/R Football, B/R Gridiron, B/R Kicks, and B/R Betting, delivering customized content that caters to the unique passions of its fans.

Under Mittman, B/R’s portfolio brands have acquired dozens of awards and recognitions such as B/REAL receiving the Cynopsis Media Award for Best Series, the Edward R. Murrow Award for Sports Reporting, the 2019 HollyShorts Film Festival, and more. Bleacher Report was recognized at the Hashtag Awards for Best Website or Mobile Experience, and Best Real-time Digital and Social Engagement. B/R’s activations and content have also been recognized as finalists at Digiday Publishing Awards and Digiday Video Awards.

Before coming to B/R, Mittman served as Chief Business Officer of GQ, GQ Style, Golf Digest, Golf World, Pitchfork, and the Wired Media Group, which includes Ars Technica, Backchannel, and WIRED. Under his leadership, GQ was named to the Adweek Hot List for three consecutive years, and in 2014, Mittman was recognized as Advertising Age’s Publisher of the Year. Mittman successfully launched the luxury quarterly print publication GQ Style; created the coveted GQ Grammy Awards party in Los Angeles; and established the invitation-only private club, The Gent, in New York City. Before taking over at GQ, Mittman was vice president and publisher of WIRED, which under his leadership became the first Conde Nast brand to derive half of its revenue from digital means.

Mittman was named in the Crain’s New York Business 40 under 40 list in 2011, appointed to the American Advertising Federation (AAF) Hall of Achievement in 2012, and elected to the Media Industry Newsletter (MIN) Hall of Fame in 2016. He is a graduate of The Ohio State University. He currently resides in New York City with his wife and two sons. 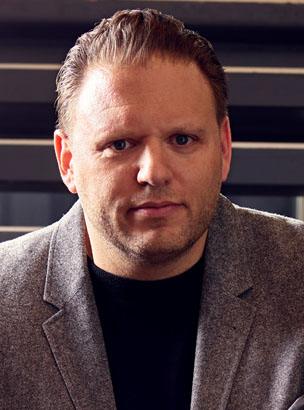