Mr. Thomson assumed his current role in January 2013, having served as editor-in-chief of Dow Jones & Company and managing editor of The Wall Street Journal from May 2008. He directed the global news operations of the print and digital Journal and Dow Jones Newswires, with an international news staff of over 2,000 journalists in more than 80 bureaus worldwide.

Mr. Thomson’s editorial leadership and Dow Jones’ commitment to quality journalism fueled growth and innovation, with The Wall Street Journal becoming the largest circulation newspaper in the U.S. The Journal expanded its content and added a host of sections to complement its core of unrivalled business and finance coverage. The company’s expansion across content was complemented by a growth across geographies and devices, with numerous digital content and video offerings and local-language Web sites in Europe and Asia, reaching tens of millions of users worldwide.

Before joining Dow Jones in December 2007, Mr. Thomson was editor of The Times of London where he presided over a significant expansion of its readership in print and on the Web – the audience of the Times Online grew from less than 1 million monthly to almost 13 million during his editorship. Prior to that, he was editor of the U.S. edition of the Financial Times taking prime editorial responsibility for the FT Group’s ambitious drive into the U.S. market, where the newspaper trebled its sales to almost 150,000. For his work in building the FT’s operations, in print and online, he was named as U.S. Business Journalist of the Year in 2001 by the influential trade journal TJFR.

Mr. Thomson had been editor of the Weekend FT and assistant editor of the Financial Times, orchestrating a successful redesign of the Weekend FT in late 1996 – that edition became the fastest-growing newspaper in the U.K. market during 1997. He also oversaw the evolution of “How to Spend It” magazine into an award-winning monthly. From 1994 to 1996, he was the FT’s foreign news editor in London, leading the paper’s extensive network of correspondents. Mr. Thomson had been a correspondent himself in Tokyo (1989-1994), where he witnessed the rise and fall of the “bubble economy,” and in Beijing (1985-1989), where he reported on the country’s economic and social reforms, and the crushing of the democracy movement in Tiananmen Square.

Mr. Thomson has been a journalist since early 1979, when he joined The Herald in Melbourne, working as a copyboy and a finance and general affairs reporter before becoming the paper’s Sydney correspondent. In 1983, he was hired by the Sydney Morning Herald as a senior feature writer and, two years later, was appointed to a Beijing bureau then shared by the Sydney paper and the Financial Times.

He is the author of The Judges: A Portrait of the Australian Judiciary (Allen & Unwin) and co-author of The Chinese Army (Weldon Owen). He edited a collection of satirical writing titled True Fiction (Penguin Books).

Mr. Thomson was born in Torrumbarry, near Echuca, in southern Australia, and is married with two sons. 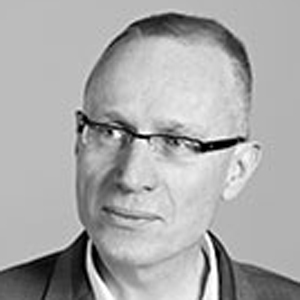